LinkedIn, the world’s largest professional social network with more than 175,000,000 members in over 200 countries, recently updated their Android and combo iPhone plus iPad apps, to entice mobile users for more engagement. Their website will be rolling out similar features to its users over the next few weeks.

Real-time is a must in today’s business environment and so is communications on social networks like Facebook. That is why LinkedIn released these app updates, with features such as a new notification system. The system alerts users when people accept your invitations to connect, likes or shares content from your stream, views your profile and more.

Company pages on the LinkedIn apps have also undergone a revamp to display current job openings, members that you are connected to and see official news.

Growth for social networks is coming from new users outside of the United States. The iPad app has been updated with new features along with languages, Spanish, German, French, Italian, Brazilian, Korean and Portuguese to keep pace. But they are not done yet, more languages and the ability to edit profiles from these mobile apps are coming soon. 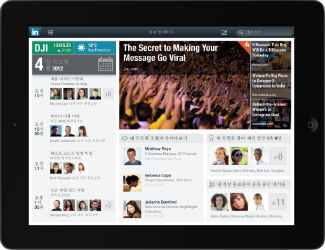 As I had hinted at earlier, the website is integrating real-time features and notifications as well. A small flag and an envelope icon will be presented at the top of the screen. In addition, a red circle will pop up when comments, inMail, likes are received or when connections are established. 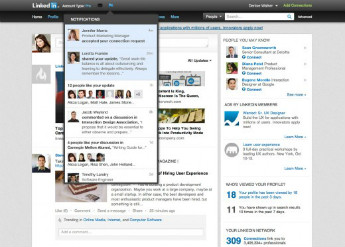 LinkedIn has taken huge steps forward by upgrading their mobile apps, revamping their website, while simultaneously paying attention to international growth. As more of their 175 million members on the service go mobile with their smartphones and iPads, finding a job or connecting with those who can help will now occur in real-time.

This post was written by Christopher Rauschnot and was originally posted to LinkedIn App Upgrades Get Real-Time Features For Smartphone & iPad Mobile Users. You can follow him on Twitter @24k & @24kMedia and the 24kMedia Facebook Page.