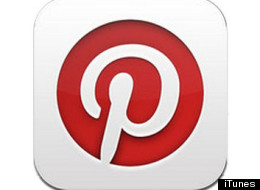 Social networking site Pinterest, is on a roll with app releases. Their first-ever Android app, at 1.0.2, along with a newer iOS app, Version 2.0.1, now support the iPad. Pinterest’s blog says, “…the app works well on Android phones and tablets, regardless of your device’s cost, speed or screen size.”

The new Android and upgraded iOS apps come days after the service went invite free. Formerly, people that wanted to sign up for it needed an invite from a friend or wait for the site to send them one. However, not all of the app interface changes have been positive for a subset of pinners, as they are called.

The new iOS app changes the interface to two columns on the iPhone, instead of one before the update. Unfortunately, the app is not receiving good reviews on the iTunes app store with one and a half stars at 1,108 ratings (at time of post creation). This may be a temporary low rating, as all versions have four and a half stars at 378,283 ratings. So far, I have experienced fewer crashes on the iOS app and it has increased my ability to repin compelling content faster, via the multi-column view. 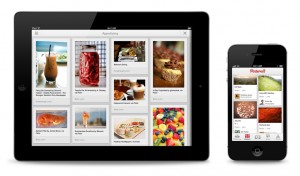 Multiple columns, even on a smartphone, allowed me to see up to four pins on a single iPhone screen. Of note, the original iPad is compatible with category browsing, following users and pin boards plus repinning. 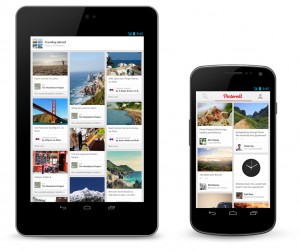 Both the Android and iOS apps look and operate similarly. Creating new pins, known as pinning, is easy. Tap the camera icon on the bottom of the screen to take a photo or import one from the camera roll. However, the Android app has its buttons located at the top. Pull the feed down slightly to find the camera icon to create a pin or to refresh the feed. The original iPad is compatible with the iOS app, even though creating pins is not possible in their latest version. The stackable pane interface for category browsing and search is similar to that found on the official Twitter app for the iPad and is easy to operate. Swipe left to right and the categories appear. Swipe right to left and the pane disappears. 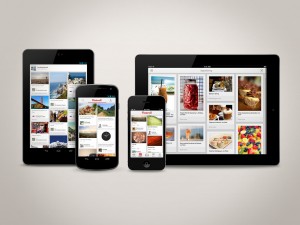 Updates and changes like these will be good for Pinterest. I have been using the service and sharing more with people after the app releases. With a few speed tweaks on the iPad app, they will have even more of a reason for users to repin compelling content. All of the changes, upgrades and app releases go towards their goal of inspiring people to do things that they love.

Want to see some delicious food photos, learn some new recipes or checkout over 350 infographics, along with some other fun pins? Follow 24kMedia on Pinterest.