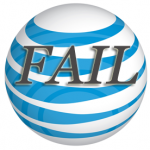 {Update:  Iphones are on sale again in NY.  WTF? My guess is they are going to say it was to fight fraud, but still, whomever manages AT&T command and control as far as messaging withing the company should be put on notice..  And if they change the story again? Then Fire them. }

Are you kidding me?  When I read this I thought it was a joke.  So I had to try it myself. I went to the ATT site and yep, if I type in 11231 (Brooklyn, NY) I get: “We’re sorry, there are no Packages & Deals available at this time. Please check back later.”  Wow.  Just plain wow. According to Mashable, they first said that NY just does not have enough towers and a second time, they said it was to fight fraud. Crazy!  So here AT&T is fighting Verizon on coverage and how you can talk on the phone and use Internet at the same time.  Now they have to update the commercial to say, except in NY City.  Hmmm…  Will they come after San Francisco next?

To add to put a comic cap on this .. have a look at Jay Mandel’s screenshot.. 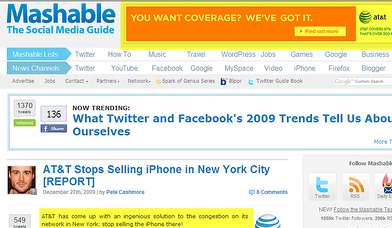