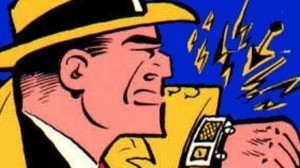 I have the Pebble watch and love it especially now that I have finally made the jump from iPhone to Android, but that is another story.  The Pebble watch has not lived up to the hyped expectations, but it has performed the basics.  And its the basics that makes the Pebble great. And then comes the Samsung Gear. First out the gate… and they stumble.  Here is the thing, the watch is pretty good, and commercials they put together are off to a great start. It is not easy to put a good advert roll out, just look back at Microsoft’s efforts with the surface. 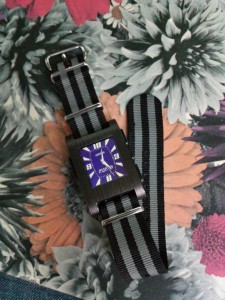 But I said they stumbled.  How? They have a good watch and a good start with an ad campaign. They made business decisions that basically made the watch appealing to only a very small segment of the population.  First the watch has everything but the kitchen sink making it costly. What is great about the Pebble is how simple it is. In fact many Pebble users customize the watch with decal surfaces and nice watch bands.  Second they made a very odd decision to have the watch only work with a few (two at the time of this writing) devices instead of allowing it to work with any modern device. Crazy.  I just do not understand.

There is no technical reason it cannot work with other Android devices even if some features might not work. Instead it was a business decision to only support one phone and one tablet. What I was expecting to happen was the Gear would be released with basic functionality across any Android device with a modern OS version, Samsung devices would have extended features, and new devices would have even more extended features.  This would allow for the greatest market uptake as well as encourage people to make Samsung devices their next device. Also, I would have made my entry device at least at the $200 price point again to capture as much as the market as possible; and that could have been accomplished be removing some of what many consider unneeded features.  I was excited to get the Samsung Gear, now I’ve lost interest in getting one.  Instead, I’m looking forward to what is going to come out next.

So here we have this market that Pebble has already proven and have plenty of copy cats coming out.  Now we hear Google is pushing hard to get a watch out.  Perhaps to beat out Apples iWatch and get a few people to jump from Apple to Android.  It could happen.  The difference between an iPhone and a good Android is not that great anymore.  Heck, the fact the Pebble did not work well with the iPhone was the tipping point for me to jump ship off iPhone. Google and Apple are not the only ones who will enter the smart watch game; Sony has been here before and even Qualcomm has a watch coming out called that Qoq, but here is the Question; of these big player’s, who is going to create a good simple watch that can work with ANY device like the Pebble.  I already know the iWatch will only work with iPhones and iPads, but will Google’s watch work with a iOS devices?  Will Google try to pack the kitchen sink like Samsung? Will they create good adverts like Samsung and I’m sure Apple, or will they have a bunch of dancing fools like Microsoft and try to push a watch with 10 extra unneeded features driving up the price? I’m thinking given Google propensity for simplicity that will not happen, but you never know. However, Samsung’s poor business decisions have left open the door, who of the major players is going to walk through?