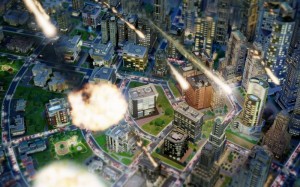 This is not new news, SimCity5 has had one of the worse release in recent memory.  As a big SimCity fan, I was sadden that I just could not justify paying for this.  I have been waiting for a good hack that will allow me to play offline, then I figured I would buy it.  Although an offline hack now exists, its not a full hack and given the continued bugs with SC5, I still could not see myself making the jump.

So out comes this article  month back on how EA is thinking of putting out an offline mode.  I read the post and though, ok, lets see when they do it.  Later on I returned back to this post and read what I though was a really wonderful comment from Casey Reece on Penny Arcade.  This comment sums up my feelings on SC and why I just cannot bring myself to give EA a penny for this game.

Why this entire episode has been so vile is that EA essentially took a series that had never before had a bad entry in it; and then used it to redefine the very concept of a “bad entry.”

This would be the same if Nintendo released a 2-D side-scrolling Mario game in 1999 that controlled horribly. When it decided to actually be recognized by the console.

Every Sim City game from the first onwards showed such ambition and such love, that those who loved it (rightly) in return were always rewarded. This is a series that has built up nearly a quarter century of good associations, good press, and good feelings. It was a staple in gaming that stood above the concerns of most games (do they work, does it control well, and will you still enjoy it in a year), and delivered on our expectations time and time again. The jump in conceptualization between the first and second Sim Cities was in essence a complete rebirth. The third Sim City then took everything the second did (and much, much more) and polished it even further.

The fourth in the series was an amalgamation of everything that everybody ever wanted in a Sim City game, period. It just nailed it. And nailed it so hard, that they didn’t even consider creating a new one for over a decade.

Until they did. And the concepts for the new Sim City were absolutely worthy of the title. Even so far as to actually justify just naming it “Sim City” and not having to do the “5” afterwards – because that is how large the ambition was with this title.

The idea that every Sim was individually counted – that your factories produced actual goods you could track and watch move throughout your city – that the graphical interface and the statistics (graphs) interface had melded together into a more organic, living, and real entity. This, alongside your map and commerce being directly relate-able to other online Sim City players gave the promise and potential of this Sim City title an absolutely star-bound voyage. And Sim City games were always great – they always came through – and they always rocked the house with whatever it is they tried to accomplish.

Except for this one.

But not only that – this one got things wrong that even the first Sim City got right. Actual balance between commerce, industry, and residential. That the third Sim City nailed; how to get the proper Sims to the proper situations (fire department, police, etc. – they didn’t have robbers doing stick ups right next to the police station – not even in the first).

Then, it turns out, the entire “advanced” engine which is having so many difficulties with acting legit is because the actual “advanced” engine was a lie. It could track a few thousand of your Sims, and after that, everything was made up. The very anti-thesis to what makes a Sim City game.

Even if you got some of the world’s most creative minds in the same room, they couldn’t have possibly planned a better screw-up of one of video-gaming’s most classic franchises. What had always stood as the absolute proof of all good that could be accomplished with and through games was essentially shot dead in a debacle of being unable to connect – and then unable to get a refund. The good will of a quarter century took EA essentially one month to devastate, blow-up, and then salt into the earth forever more.

And now they’re coming out with a game that supposedly is the actual game they promised in the first place? How is that even possible? The entire game was a lie to begin with – did they now manage to actually build the engine they promised and failed to deliver after how many years in production – now just after a few months? Promising to bring in features that should have never been removed – and then having the absolute gull to ask money for it?

That upgrade should be absolutely free. To have the nerve to release an absolutely ruined product, and then when you’re on the verge of (supposedly) correcting your mistake, they ask everyone to pay for it again?

Are they serious? Have they no idea how much bad-will they’ve brought upon themselves with this train-wreck from the start? Are they really that callous? That stupid?