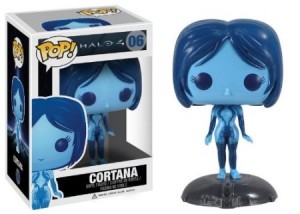 Just read that in June Microsoft will release their voice assistant Cortana for Android and iOS.  This is great for those of us who want to try something new who use Android and Google Now search, which is very good, but sometimes you want something a little more conversational. For my friends who have been complaining about Siri not evolving significantly recently, you may now have an alternative. Remember I said Cortana was a minor threat?  That is because as good as Cortana seems to be, it is not as integrated into the iOS framework on Siri is, so there is a disadvantage, HOWEVER, what Cortana (and Google) can do that Siri cannot do is remember context.  For example; when I ask; is the Cosco in mountain view open? I get a reply that it is.  Then I say, set a reminder at 4:00 to go there.  Google and Cortana know that ‘there’ refers to Cosco.  Siri does not know that.  This is gaping hole that Apple knows it needs to resolve.

Last year we heard that Apple was moving away from its licensed voice recognition technology from Nuance and building its own team to create a neural-net deep learning system as used by Google and Microsoft.  To date I have not heard any big announcement on how far they have progressed, but they may want to push down on the gas if they do not want to see users leaving Siri and moving to Cortana. Although Siri was a great feature when it was first released, the addition of voice actuated watches, TV, cares and more IoT voice enabled objects coming on the scene, intelligent voice assistant technology supported across multiple devices will become highly desired to expected functionality in the near future.  And right now Siri is not meeting the new coming standard, but they may not be too worried.   Mature Google Voice has been on iOS for more than a year and I have not heard anyone who had dropped Siri for Now, not because Siri is better, but because they are used to it and its a default voice system. However, given a significantly better system, that could change.