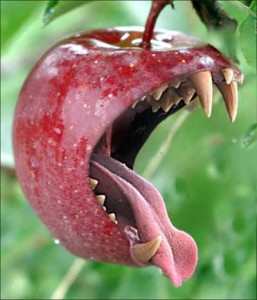 Ouch.  Samsung has to pay $1B+ to Apple in fines for violation of patents.  However, Apple did not win everything.  Jury voted No on on the Apple’s claim  that Samsung has violated Section 2 of the Sherman Antitrust Act by monopolizing one or more technology markets related to the UMTS standard.

Another win for Samsung: in the D’889 patent, which covers the look of the iPad’s design, including the edge-to-edge glass, thin bezel, and rounded corners. In this case, the jury found that the Galaxy Tab did not infringe Apple’s patents.

Samsung’s counter suite, that Apple infringed on ITS patents came up empty and was thus awarded no damages.

But to quote Brian Solis; Somebody just leaned over to the disappointed Samsung attorneys and asked, “How do you like them apples?”

Keep in mind this is not the end of the story.  If Samsung is blocked from selling its products, that will be far more costly then just $1B.  I am looking for Apple to push for just that.  Hopefully Samsung, now knowing where the edges are, will design a new line of phones around the patent and call that innovation.

More details as they come.