I just saw this and it already on my bucket list. THE VOID.  A VR Theme park where virtual reality technology is taking to it’s cutting edge.  And it looks great!  But after a bit of thinking, Utah?  Really?  Why is this not in California?  And this will take A LOT of capital, does this make business sense? More on the ‘downer’ side later, but let’s talk vision.  First, check out the video. 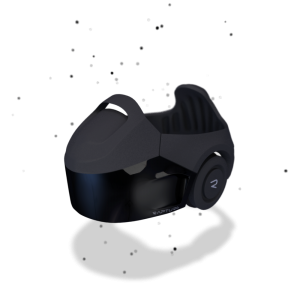 Now, there are some questions I have, like how in the heck are you going to render that many polys to really make this work? But given the size of the body vest, I’m going to assuming there is a kick-ass PC in there with the best GPU chips on the planet and serious battery power. So assuming that, all the other tech required is already out there.  They even designed their own HMD for this called the Rapture, but the cartoon rendering tells me they have not made a test version yet.  In fact, nothing in the video looks close to real, but that’s ok, every project needs to start with a vision, and this is a great one. On the site, it seems they have quotes implying that something has been built and tried, but I have a uneasy feeling about it.  But again, its doable. The computing power, HMD resolution and tracking and a specially built building with sensors all over the place could make this happen.  I’m not even sure they needs the Oculus Rift-enabled roller coasters IMHO, just walking through a fully immersed environment would be cheaper to build, take less land and would pull the same customers at the same rate.  I also like this because it will help reduce one of the biggest issues with VR and that is VOR or VR sickness.  By including the body in the VR experience, you will have far greater agreement between your vestibule tubes (part of your ears that deal with balance and movement), full body feedback that synchronize with vestibule inputs and of course the lies your eyes are telling you.  Now this will not be perfect because there are other inputs that a HMD cannot reproduce as well that ‘could’ get more sensitive people sick, but that depth of human vision physiology is not for this post.

Back to the vision.  And it’s a grand vision that they do not seem to be doing alone, partnerships with Optimal Design, and Unity 3D, tells me it may not be total vaporware.

OK, now for the ‘downer’ part.  This company is, from what I understand, the same company that was suppose to create Evermore, also in Utah.  They could not raise near the money needed and it was a complete failure before it even started.  Take a look at the comments from this post from the heraldextra.com/

Does not fill you with confidence.  But just because one attempt failed does not mean a second one will.  But I have a real problem with looking at this film and thinking about the capital it will take to build this. And in Salt Lake City.  Not exactly a world tourist hub.  And this is important because the number of people you would need to 10x the capital investment would be substantial.  The computing equipment required to make this run would not be cheap either.  If you have even 100 people running through your park at one time, that is 200+ units you need to build to deal with failures. You cannot simply take a HMD in the back, hammer on it a few times to fix it and get it back out on the line. Also the insurance needed for this, ‘furgettaboutit’.

I think I would be more confident and more excited if they focus on just a built environment where users are walking through, perhaps look at the Lazer Tag business model and build a spreadsheet off that.  Sure this is more expensive to put together than a lazer tag setup but I would pay more for a great experience.  And the great thing about VR, you can change the experience by just changing the programming.  Matrix anyone?