Back in Aug the Oculus made a splash on KickStarter as one of the most well funded VR headsets ever.  Now that they are in production, they have upped the specs a bit.  I think its going to make a huge difference.  Lets have a look at what they say from the Oculus website.

The panel we were using in our prototype was a 5.6” LCD with a resolution of 1280×800. This screen is a great size for a VR headset and it has an impressive pixel density for the year it was produced. Nevertheless, it has flaws: it isn’t particularly bright, the contrast ratio is low, and the color accuracy is abysmal. The two biggest issues, though, are its poor fill factor and high switching times.

Fill factor is a combination of several things, but it boils down to this: there are displays that have very little space between the pixel elements and others that have a meaningful amount of black space between pixel elements. DLP projectors are an example of a display type that generally has a very high fill factor with negligible space between pixels; LCDs, on the other hand, often suffer from a low fill factor where a large portion of the panel is occupied by the black space around the pixel elements. On very large screens, this makes it seem as if the image has a fine black grid overlaid on it, often referred to as the “screen door effect”. 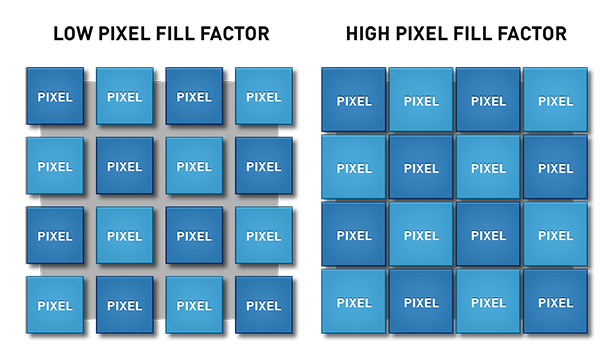 On our original 5.6” panel, the screen door effect was easy to see under magnification of the Rift’s optics. You don’t notice it as much when you’re playing, but it’s still an unfortunate artifact. Luckily, the new 7” display has a much higher fill factor! This means that the screen door effect is significantly reduced, resulting in a better looking image.

The second major flaw was the switching time, the amount of time required for a pixel to switch from one color to another. Our old panel begins switching colors very quickly, which was good, since it reduced the latency between movement and the image responding. However, it’s weakness was that it took a very long time to fully switch colors. This sometimes resulted in motion-blur effect as the frames switched, especially during quick movements of the head.

Our new 7” panel has a switching time that is about twice as fast! This makes a big difference in the perceived responsiveness of the system and helps alleviate the undesired motion-blur.

Other Benefits of the 7” Display

There are several other minor enhancements: the contrast ratio is greatly improved, which can especially help with games like DOOM 3: BFG Edition where you have bright lights in dark environments; the color accuracy is better as well (though it can be hard to tell if you don’t have both panels side by side to compare); and the total light output of the new display is higher, resulting in more vibrant bright scenes.

We’ve also changed our drive electronics! The control box is attached to the headset with a thin and durable cable carrying video, USB, and power. The box contains a custom control board that we designed to minimize video latency. It has easily accessible buttons for contrast and brightness adjustment and it’s much smaller than the control boxes we’ve been showing with our prototypes.

Being forced to switch panels was certainly a challenge, but in the end it should result in an improved Oculus Rift developer kit and a better VR experience overall.