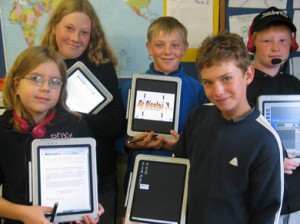 Late last year when the Kindle Fire came out, pundits were saying, ‘oh this is going to be an iPad killer’ To which most of us in tech with 1/2 a clue basically ignored them and instead asked who was going to win this new market and how long will it be till Apple looks to enter.

As predicted, the flurry of inexpensive tablets (in all its forms) did very little to hurt iPad says, but instead feed off its own as cheaper Android tablets grabbed market share from more powerful tablets trying to compeat with the iPad. As we enter further in to 2012, already there are signs that a sub $100 tablet is going to hit the market, followed later by the sub $75 tablet thus creating a race to the bottom to create an inexpensive yet still functional tablet.   We have already seen a start with the $35 Aakash.

Although there will still be a market for larger more powerful android tablets, there has been no evidence so far that any device has put up a challenge to the iPad dominance in the 10″ category; although the Galaxy Tab did make a good go of it. And with the iPad3 about to enter the market, Apple’s dominance will only become more entrenched for the near future. But that is not the only device Apple has on the drawing board, they also have a 7″. What does this mean for the current players slugging it out in the low end market? Not a thing. The Apple 7″ tablet will not be an inexpensive device, but instead it will try to match or exceed the specs the first iPad, so odds are you will not see it in every 5th graders hands in some of the more social economically challenged area’s. Instead I’m looking forward to the sub $100 tablets.

I remember when I was young that only the rich kids had nice calculators, but within 2 years, it seemed everyone had one, and a few years after that, it was required for classes in middle and high school. This is going to be the same thing with tablets. There will be a time, perhaps in the next 2 or 3 years, that it will be expected that your child will have a tablet to access and turn in homework, in class assignments, textbooks (or at least content not in the textbook) as well as access online libraries, educational apps, and yes, calculators. This will cause an interesting shift in how children are taught, but that is for another post. This does not mean there will not be plenty of iPads in the classroom as well, especially at the collage level, but one can expect a shift to the lest expensive devices and since there will be a mix between OS’s, we can also expect most content to by HTML5.

However, do not think this will happen without a fight. There is a whole industry that is highly invested in printing very expensive text books. What I’m waiting for is a simple way to take notes using a tablet, so far I have not seen a good inexpensive tablet that has good pen input.  So don’t though away your paper and pens just yet.  But you may want to get a good scanner. BTW: I’m fully aware that the kids in the picture are holding TC1000 tablets.  How do I know?  Because I own one 🙂 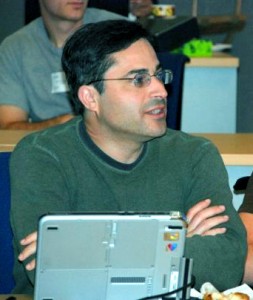