RWW broke a story with new AR apps for the iphone.   I have not downloaded and played with them myself, but they look great, and its the next level of AR (for the iphone, since Android has had this for a bit) that we have been waiting for.  This is a ‘killer app’ for AR if you will. 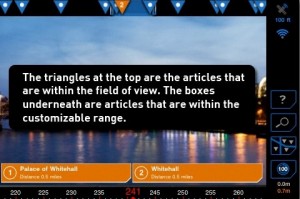 First is Cyclopedia (iTunes link).  It looks pretty good from what I can tell.  Its 2 bucks in the app store if you are a 3gs user. This has been out for a few months and I never heard of it.  I do not seem to be the only one though. Seems that Chemical Wedding never bothered to tell anyone.  And despite trying all day today, I could not get to the site.  But it seems it would have been pointless since they do not even have a link to it in the Apple.  Now this could be because they released it early before the 3.1 release and never got around to telling people once it became official?  No idea.

The cooler app, and the one I have been waiting since I already played with it on my Android, is Wikitude.  I have never played with Cyclopedia, but based on the review, Wikitude has more data, which is what matters for me. Also, it seems to work better on the iphone then on Android devices. (At least the current crop) 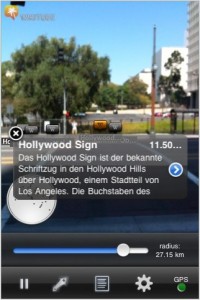 Now… when will we see an app that will let update and correct the database on the phone?  Once this happens, AR will become so common place for location/orientation based information, that we will wonder how we found things before… Oh yea.. something called an address and a map..  How quaint. 🙂

When tens of thousands of people went crazy in August checking out the Yelp iPhone app, believing it was the first AR implementation live in the iTunes store, no one from Chemical Wedding bothered to speak up about having an iPhone AR app for sale. There’s not even a link to the app in iTunes on the company’s own website.