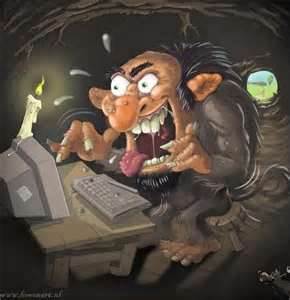 When I was more active on this blog, I mostly wrote about the iPhone.  Especially jailbreaking.  The cat and mouse, back and forth between the Jailbreaking community and Apple. In time, a completely outside eco system based on Cydia appeared where people could submit apps, store purchase history and get SAAS services all without going through Apples servers.  Soon, a crack or jailbreak will be created for SimCity.  But is it a crack, or something more?

Some 4chan’er posted a comment last night on my story Play simcity 5 2013 in offline mode? The SimCity Jailbreak is only a matter of time now. Not what Maxis en-visioned.

It’s not a “jailbreak”(those are for Applefags). It’s called a crack you moron.

A fair point so elegantly stated.  I questioned his sanity and recommended he take up an unsafe hobby.  However, it is a fair point.  And if this person would had instead submitted a comment akin to what I’m about to write, I would have have engaged him and perhaps changed my mind.  Here is what he should have said.

First, let me take a shot at defining what is a Jailbreak:  A Jailbreak is a hack that removes limits placed on an OS and thus allows full access to the OS and hardware allowing programmers and SAAS providers to offer features and functions that would not be available under the restricted OS.   As with the examples I gave above, a jailbroken iPhone can do FAR more then a gated iPhone can.

Now lets apply this concept to SimCity.  Right now, people are working on a crack that will allow SimCity to run and save games offline. But why stop there?  One of the really annoying things that EA Maxis is doing is forcing people to pay for upgrades, new building types (like a marina for example) or more land.  This is pretty weak. Also as stated in my previous posts, EA wants you to be connected at all times to play the games.  What happens when the servers go down?  As it did.  Or somehow the games gets corrupted during saves, which it has. Or they want to update the game and you have to pay for it or it no longer works, which would not surprise me.  What is needed is a complete echo system where we can create and add mods like in SC4, but in addition, say you do want to connect to other cities, we should be able to do that as well ‘outside’ of EA’s servers. And perhaps come up with SAAS features that I have not even imagined yet.  Perhaps we could build military units and go to war against each other!  That would be interesting.  Focus on how do you keep you city running in war time. I would play that!

So is the coming SC5 hack going to be a crack or can we call it a jailbreak?  I expect most people will call it a crack, but I’m going to think about this a bit more before my next post on SimCity

And for the little 4chan’er, you bring up a good point.  Shame you are not educated enough to express it in any intelligent manner.  How is that playing in the traffic going for you?