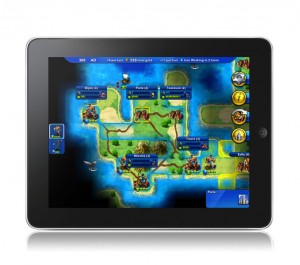 When you first start, explore fast and always attack barbarians if you find them.

Get an understanding of all the choke points on your continent.

Once the second solder is built, build a settler. (rush build it)  Then build a ship.

Create a new town, start to build an archer.  Good for defense.

At some point you will encounter other civilizations.  ALWAYS make peace.

Quickly place your men at key choke points.  Do not try to cover all of them unless you got a lucky map build.

Build 2 more towns quickly.  You want to get to 4 town as fast as possible.  Always make sure the forward towns select barracks first, then walls.  Rear towns should be barracks then food and trade.  Culture will come later.  As your towns mature, do everything to increase military and production

As for science, always build for war and the more advanced tech first.  You get a bonus for having the first tech.  As soon as you have a chance to get mathematics, get it.  This will give you the catapult.  You cannot go to war without this weapon.

Do NOT go to battle with anyone until you have your units formed up as triples.  If you have to use gold to get peace, do it.  The only exception is if someone declares war and they are unable to reach you (water) or you know you have them pretty well blocked at the choke point.

Once you have build up 2 offensive triple units and 1 defensive unit that are not committed to choke points, its time to pick a civilization to conquer and move from peace at any price to looking for a fight.  The key here is to try to be at war with only 1 civilization at a time. Many times a civilization will threaten war mostly to get technology out of you.  Try never to give tech away, only if you are mired in a battle and know you cannot defend another attach or you are planning on conquering that civilization and just need a few more turns to prepare for battle.

Pick a civilization near your (of course) and one that only has 2 towns (as best that you can tell).  Also, chose the civilization that has the weakest border.  The less units you have to use to defend your borders, the better.

Once you go to war, focus on the NON capital, normally less well defended.  Remember, once you take this city, the loser will sue for peace, so make sure you have pushed some of your border unit inland in case you need to accept peace because of another threat.  This will insure that when you accept peace, you get a large land gain that you can use to build your 6th city. Once you start the war, insure that which ever city is near the border of another civilization is building defensive units.  You goal is to have at least 1 triple defensive unit not deployed to the war zone.

Typically the game will send another civilization to war against you while you are fighting your first one. This is the second key point that will make or break the game for you. If you have a pretty well defended border with the new threat, do not make peace unless they ask for money or a fairly low grade technology. Hopefully by the time this happens, you have found a few ‘cultures’ out from your galley sailing the world that you can bargain off. If they are asking for a pretty advanced technology, you way want to gauge if you can hold them off with your border units till you complete the sacking of your first city. If you have a hard map with 3 civilizations on your border, you may not have a choice because it is more then likely (depending on the level you play) that both civilizations will come after you at the same time.  In this case, once I have sacked the first city, I immediately march my unit to sack the nearest threatening city.  Especially the one I had to bargain technology away to.  You want to do this because your units that were victorious in the first campaign are now more experienced and more likely to win future battles.

If all goes well, at this point you should have 7 or 8 towns under your control build roads from key forward town to key rear towns. This is expensive so do not try to like all to towns together, instead try to pick connects that run through the heart of your territory.

There are only 4 keys to winning battles.