Yesterday Mubarak transferred some power to his Vice President signaling the beginning of the end of his 30 year reign. Today he stepped down with the military taking over power and all of Egypt erupted in celebration.   Almost as soon as his plane reached cruising  altitude the news broke and Twitter went nuts.

This is not the first time that Twitter, Facebook and other social media services has had an influence on world events.  If you remember, back to April 10th, 2008, A UC Berkeley student sent out a single tweet that saved him from an uncertain outcome.  He tweeted the word “Arrested”…just as he was taken into custody.  That single Tweet was enough to let people know in Iran or Egypt, and back in the U.S., what had happened; to hire a lawyer and to demand his release.  Although, back then, Twitter had already proven itself as a medium for rapid dissemination of information unlike anything we have seen in the past; yet no one could have foreseen the impacts yet to come.
Fast forward to the beginning of 2011.  The number of people on Twitter, Facebook and other social media climbed to the hundred of millions.  Twitter and Facebook alone, combined, claim just under one billion users.  Combine those numbers along with the explosion of online mobile devices now capable of accessing these services and you have a flattening of communications never before seen since the advent of the printing press, and later, the photocopying machine. Each of these revolutions in communication has had its impact on society; the Twitter revolution is no different.
The reach of social media, especially Twitter (since it supports communication with increasingly popular text messaging) has become so prevalent that the normal tools used by regimes to manage their population have become compromised. Usage of information is a tool; information control is paramount to controlling a population. The more control over information you can impress, the greater the likelihood the population will believe and act on whatever information you provide; or conversely, insure it never gets desseminated in the first place.  Just in the past year alone,(2010) we have seen three exceptional examples of states that had some form of control over information (typically by controlling the press), but lost that control because of networked communications like Twitter and Facebook.

When a state wants a certain message to be provided to its population; it normally instructs to top down communication media; the newspapers, television and radio stations, to reflect that view. With networked communications, this control does not exist.  As such, the only other option is to try to hunt down and intimidate those major nodes within the network or shut the network down altogether.

In the case of Iranian election protests of mid 2009; we saw the first beginnings of Social Media as a tool used by the population and opposition of the state to try to affect change in that state.  After the election of Mahmoud Ahmadinejad, discussion on the illegality of the election began to spread around Iran and the world on various blogs and minor publications.  Soon these turned to protests online which lead to protest in the streets.  The Iranian government did as one would expect, instruct the state controlled media outlets to dismiss the protests as outside agitators and criminals, arrest those they believe to be the leaders of the protests and cut off the phones lines of any supporters.  But they did not cut off  access to social media via the internet and text message. The protest continued to grow and become more organized.  Sometimes nicknamed the Twitter Revolution, because of the protesters reliance on mobile phones and Twitter to communicate; and also the first time a major government realized that social network communications are a very real threat to their ability to maintain control over their population. 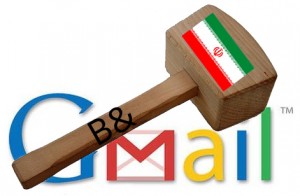 Once the authorities realized the threat of networked communications; they started to shut it down, first blocking web sites and email.  However Iran is a highly computer literate country with plenty of hackers in conjunction with hackers and coders from around the world working to counter these measures including attached Mahmoud web site through DDoS attacks.  At one point the only reliable traffic was through Twitter and cell phone.  So important was this traffic that the US ask Twitter not to perform a service upgrade during the protests.  Many bloggers, myself included, would rebroadcast IP proxies to allow the Iranians to get around the website blockade. I even created a small php script that will perform 3 separate Twitter searches and remove the duplicates to help people filter through the deluge of Twitter messages that were generated around the crisis. Its basically a game of cat and mouse between the computer and socmed community and Iran.

In the end, the Iranian regime was successful in quelling the uprising through a combination of shutting down universities, blocking web sites, and blocking cell phone service in conjunction with more conventional tactics of misinformation, force, promises of investigations, and counter rallies.  But is not where the story ends..