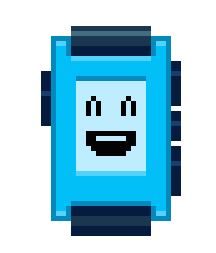 So what does Pebble have up its sleeve.. and targeted for ours..  Based on the announcement it seems pretty clear some new platform upgrades.  But that about it.  Well, I have my wishlist handy.  I have an app for the Pebble called NewsSnacker.  Its not complicated but does what I want.  Lately I have been using my LG as a daily watch mostly because of two features, Voice input and integration with google cards.  Now what Pebble has already announced that they are integrating with Android Wear which is pretty huge in my opinion.   But what else?  Lets have a dream walk shall we?  And just for fun, I’m going to put low, med and high odds on it happening.

First all everything I list must still come at the same price points, same battery life and same size (or smaller) then the current watches.  That being said:

Microphone!  This is what keeps the pebble off my arm right now.  I do not use the voice command all that much but every now and again I use it and appreciate it.  This should be a pretty easy add.  Odds of seeing this, Very high.

Color.  Will it be a beauty OLED or some e-paper version that does not look as good but take less room and less power.  I say color is high and most likely the e-paper type display.

Health monitoring info.  Low. BUT, I would bet they will have some sort of band option you can get that will give you all the bio data you want.

Internal character support.  VERY HIGH.  This has bugged me. I wanted to have a Japanese version of NewsSnacker and could not do it because the OS does not support extended language symbols. This will happen.

Touch screen.  Med.  I love the buttons on the Pebble and I can live without touch screen.  But perhaps we will get better accelerometers that will allow us to detect taps and swipes and other touch like gestures without have a ‘touch’ screen.

Better integration with Android, iOS and.. wait for it.. Windows!  yes Windows!  Why do I say that?  Ok, have you seen the Windows watch?  No, those are really exercise bands, they do not have a watch.  Now why its taking this long to get Windows integration I do not know. I would bet windows was not cooperation because they ‘thought’ they would ave their own watch.  Well they still do not and of you have noticed, Microsoft had been pushing VERY HARD to get its apps in the cloud and other devices.  Perhaps they are realizing they cannot survive in a Windows only world.  If they do have a change of heart and are working with Pebble then I think it could be a mutual win for both companies.  Sure there are not that many windows phones out there, but enough to make it worth it since you are rebuilding you OS from the ground up anyway.

Speaking of App, and this is and easy one, better app cloud based dev tools including better JavaScript support.  High.  They have been walking this road for awhile so not really a wish as much as an observation.

So what does all this mean?  As you look at all the other players in the smart watch game no one seems to be trying to capture the low end market.  Seems Pebble can have this market all to themselves.  Sure there are plenty of other cheap so called smart watches out there, but non with the rich list of apps that Pebble has which means it can break out of the West and start selling in the East.

I’m excited to see what they will have.  I already have the Steel, but at $199, I might replace it.