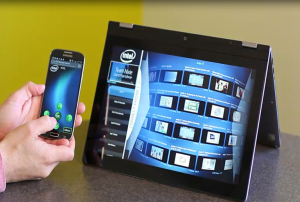 Ok, that was horrible and I should be bludgeon with a heavy brass object, however, once I explain what xTV is, perhaps you will forgive me a little bit. “ok, fine then, what is xTV?”

XTV is a internet video service for the enterprise. (IPTV) But it’s not useful to just enterprise users.  Imagine you have a number of videos that you want to publish about your small business or hobby.  Where do you put them?  Well YouTube or some other video cloud service typically.  That’s great and all, but the problem is once your user goes to YouTube, you pretty much lost them. You have to compete with videos of cats and Epic Rap battles of history.

What xTV offers is a closed experience where not only the videos you want your users to see are provided, but they can be organized into channels with each channel showing a list of thumbnails of the videos in that channel. Nice. But that is not where the win is …

Because this is internet based, displayed using any HTML5 compliant browser, the experience can be interactive.  So not only can your viewers watch your content, they can interact with screen as well.  If the screen happens to be a large monitor on a wall, then the users can capture a 2d QR code and interact using their cell phone.  Sweet eh? 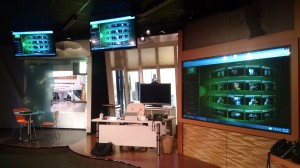 So what are some use cases?  Well as I alluded to above, you may have a number of monitors in an office lobby, or displayed at an event that will play your videos in a loop.  With the QR code displayed at all times, visitors walking by can use their phone to interact with the video, perhaps answering questions in a quiz, or perhaps learn more about a company’s offerings or positions they are trying to hire for.  Since everything is internet based, they can even take the video loop playing on the screen and take it with them to view on their own devices.

More? Here is a use case I want to see…  I went a two trips recently.  In the hotel on the first trip, the hotel played a loop of videos about the local shoppes and attractions.  However this was a loop, I could not say, just see restaurants, I had to sit through content I was not interested in.  On the second trip, which I did not research ahead a time, I expected to see the same type of video feed, instead this place just had cable. So I was stuck with using Yelp, which is ok, but I would rather hear and see from the restaurant themselves.  How much better would it have been that I could have called up the restaurant channel at the hotel, or even on the way to the hotel to see what we might like to eat?

Now as you can guess, this is not just a general review of something I found on the internet, I have been an adviser to xTV for near three years and have joined the team full time.  So there!

There are many other great use cases that are being defined with customers, but what I wanted to write about, and perhaps get some feedback on, is what ELSE can we do with this?

Part of the xTV system is to allow users to create their own networks.  What interactive elements would people put on the display?  Or run on the phones browser? So let’s say you have a network with a bunch of channels with music. It’s HTML5 so anything you can imagine on a webpage is doable. There are the easy things; voting on content, comments, and of course online shopping.  But what else? Pull up lyrics perhaps? Read the musicians’ bio? Tour dates? One of my hobbies is VR.  So if I put a VR channel together, perhaps I could show a code that lets the user into a virtual world with other people who clicked on the code.

So check out the Network and let me know what you all think.  You can leave comments here on my blog or via contact us at xtv.net if you want it private.  Check the video below…