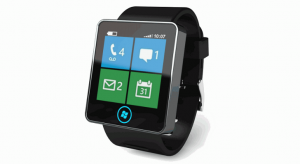 It was announce through Forbes that Microsoft is planning on releasing a watch in the next few weeks.  No solid news on what it will look like yet, but my bet is that it will look somewhat like the LG; clean, simple square.  It is reported that it will have bio metric tracking as is now considered default for all higher end watches (don’t know why) but the big news is that it is expected to have 2 days battery life.  This is a big deal since all but the Pebble, including the yet released Apple watch, are only good for 24 hours. Also big news is that this watch is suppose to work with iOS, Android and Windows phones. This is not a surprise since Microsoft only has  ~2.5% of the smartwatch market. A good move for a first major project launch with Satya Nadella as CEO.  Something Ballmer may or may have not done.

However, this is something Microsoft HAD to do.  I do not think Microsoft is giving up on the smartphone market and to have a device out there that does not have ANY smartwatches that work with it make Microsoft phone users feel a bit second class.  The Microsoft watch does not have to be amazing, or beat out Apple in design, or Samsung in functionality, it just has to performs the basics that we come to expect from advanced smart watches. Apps, voice control and not look ugly.  If Microsoft can hit these performance markers, then they have seceded.

Is it too little to late?  Google and Samsung are first the market with color smart-watches with Samsung the current market leader and Apple fanboys will of course only buy Apple.  Pebble, surprisingly is holding on approaching 400,000 units to Samsung’s near 1m.

No word on the price of a Microsoft watch but I would expect to fall in the 299 to 399 range to be competitive with other watches on the market.

Cant wait to see what happens.  This should be good. 🙂