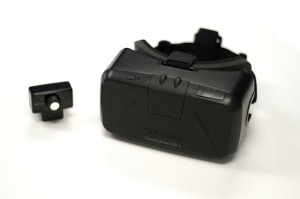 Sounds crazy but perhaps not as much as you might think.  The main expressed reason Facebook bought Oculus is the ‘platform’.  Basically trying to get in front of the next shift in hardware. When Facebook launched they were king of desktop, but then mobile takes over and they had to play a bit of catchup.  Worse, the major players, Apple, Google decide what will happen on mobile.  Remember when Facebook tried to make their own phone?  Yes. Zuckerburg is serious about not being locked in.  But still, there needs to be a use for this VR headset that connects to social… hmm.  What is social and employs a virtual world that is not a game… oh I got it!  SECOND LIFE!!!!

Heh, no I’m joking when I say Facebook is going to recreate Second Life, but I think they are thinking along those lines although primarily I think Zuck is looking for away to get Facebook into more games, and this could be one way of doing it.  However he did say that there is a social element for this buy.  And remember, this is 2 BILLION we are talking about.  I think he really believes that there will be a run on virtual space for shopping, interacting and non game entertainment just like they thought on Second Life.  Here are a few quotes from the Zuck…

“After games, we’re going to make Oculus a platform for many other experiences,” said Zuckerberg in a post announcing the purchase. “Imagine enjoying a courtside seat at a game, studying in a classroom of students and teachers all over the world or consulting with a doctor face-to-face — just by putting on goggles in your home.

“This is really a new communication platform. By feeling truly present, you can share unbounded spaces and experiences with the people in your life. Imagine sharing not just moments with your friends online, but entire experiences and adventures.”

Here is the thing, I have played with HMD’s (Head Mounted Displays) for a number of years, studied them at U.C. Berkeley as part of my Masters and have played with the Oculus a few times myself.  Its a good headset, but its no game changer outside the gaming world.  The issues with the Oculus is still the same with the state of the Virtual World back in the late 90’s.  A person can only spend just so much time in a HMD VR environment without getting sick and/or tired. Second, content is everything.  Just because a VR headset is cool, does not matter if you do not have content that brings the masses, and brings them over and over again.  And I do not see anything compelling in the 90’s and do not see anything really changing for the daily life person of today.

Gaming is a logical use for the oculus, (and some research and engineering) and there will be a win there as more gamers, myself included, get HMD’s for gaming as the display quality goes up and the cost goes down, but that does not seem like a good ROI for 2B$.  And do I expect that non gamers will run out to get a HMD just in case they want to talk to their doctor and meet up with buddies a la Second Life?  Doubt it.

For Oculus this is a great deal.  2B$?  Hell yea I would jump at that.  And right now Facebook has not indicated they are going to do anything different with the HMD that they were not already planning.  I just have a feeling 2 or 3 years from now, Zuck is going to look back and think, hmm, even if Facebook starts to lose popularity and the stock value goes down, he could have bought better things for 2 billion.