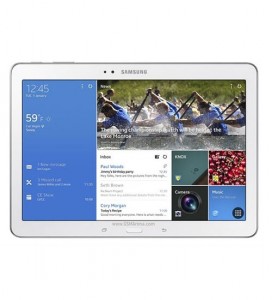 Recently there has been rumors that Samsung will release the new gear and a new set of phones running on the little known Tizen OS.  Which seen a bit odd given the experience they had with Bada.  Remember Bada?  Do not blame you if you do not.  Bada was actually a good OS, and the interface you are seeing with all Samsung phones was there with Bada.  The issue was, no one wanted to write apps for the Bada OS.  So what makes Samsung think that suddenly there will be a wave of people writing apps for Tizen?  Because Samsung thinks they have a good market share of the mobile phone and tablet market, the first major player out the door with a smart watch and finally with their curved and other advanced screen technology, can produce nitch phones that will not have any direct competitors.  But these reasons are not enough to take a chance on a OS that few app makers will write for.   Or are they?

What Samsung wants is what Microsoft wants, what Blackberry tried for, and to some extent, what Google is working on.  They want what Apple has.  An eco system where they collect a VAT (value added tax) on all transactions within the eco system. Apple is making amazing profits as every app is created and bought within the system.  Samsung wants this so much so, that they are willing to take a chance on relying on app developers to develop a version of their app for yet another OS. If they were to do this right now, they will have a bad time.

But I do not think they plan on leaving Android that fast.  Yes, they have given the first warning bell when the Samsung Gear was restricted to only work with Samsung devices. They already have been hiding some elements of the Android UI with their own Touchwiz UX and will bury Android even further with the new version of Magazine UX for tablets. Many Samsung users are so locked into the touchwiz system they would be a bit lost using a pure Android for the first time. In fact, if you were to take an old Bada phone and give it to a Samsung user, they would have no problems using it at the basic level.  And that is the plan.  To create an interface so removed from Android that you could be using any OS and you would still feel like you were using a Samsung device, just as you feel you are using an Apple device when you pick up an iphone. But still, you need apps when you get a phone and right now, there are not many Tizen apps out there.

And this is the problem.  Samsung cannot just abandon Android and strike out on there own. We have seen with Bada, MicroSoft, Intel’s Meego and BlackBerry that app makers do not have all the time in the world, and normally they will build for Apple first, Android second, and perhaps Microsoft third if they get around to it or someone pays them to do it.  So what makes Samsung think this is going to work?

Lets go back to what I said in the beginning.  They have a good chunk of the phone market.  A lead with watches (if you think that matters) and other tech that gives them a lead.  They are hoping this is enough to attract programmers to create for what they gamble will be a maintained if not grown market share.  I think they are taking a big chance that in the short term, will not pay off.   Yet…

In the long term, it may not matter.  With HTML5 apps getting better and better, a ‘set’ of apps that seems to be common among most consumer smart phone users getting integrated into the OS directly and tools that are making it easier to migrate code from one OS to another will remove much of the ‘yet-another-OS’ barrier.  By Samsung having a large number of diverse devices that work with each other, phones, watches, tv’s, laptops, etc.., a unified UI and a name to back them up, they could capture a part of the market that views smartphones as utility devices as most Apple users do and not mini computers as many hardcore Android users do.  And this brings up another point.  iOS user are far more likely to pay for their apps then Android users are.  These people are normally consumers, not first adapters, and want a simple unified eco system not something they have to hack.  And this is what Samsung is building.

So although in the short term, they could backfire, in the long term it may not matter.  The question is; how long?