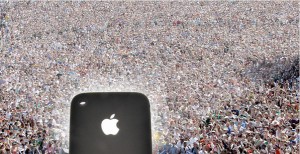 OK, that was a really misleading title, but in a way, it sums up what I have observed in the last few years.  There are so many people with smart phones, that as I’m sitting on the train typing this, 85% of the people in my car are looking at phones or tablets, headphone in, not paying attention to anything around them.  Go to a concert, dinner, or sporting event and you will find a surprising number of people focusing in and out to interact with their phones. During the SuperBowl, I was shocked how many people at the party were spending more time looking at the phone then the game.  To be fair, the first half sucked, and it was a party after all!  Only a few ‘football fans’ were sitting there really watching the game at the beginning.  (It was holding BTW.  Refs missed it).  Lots of twitter action though. 😉 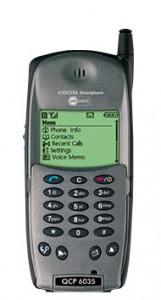 I have had ‘smart’ phones since before smart phones. I had a palm III with an extension that allowed me to get text messages.  The service would then send updated news and scores.  Later I connected my palm III to my cell phone and was doing email and WAP surfing.  Not a great experience, but I could read the news.  Then came the ‘connected’ smartphones.  Then I got the Kerocera 6035, then the treo 650 and never looked back.  In 2007 there were plenty of connected smart phones out there and it seemed that most people either had a treo or a blackberry with a few windows phones here and there.  But still, take the subway or go to a party or what have you and it would be the exception, not the rule that someone was looking down at their phones.  Mostly because the actual length of time of the interaction was relatively small by today’s standards.

Then came the iPhone.

I got the very first batch of the  iPhone 1. Although at first I did not realize it, but this was a HUGE game changer.  However, once I jailbroke the device, the world of possibilities exploded.  I found I was spending 10 times as much time on the iPhone as I did the Treo. Why?  Because I enjoyed using it more!  That and maps.  Maps were mind blowing.  Anyway. The web browsing experience was like nothing I had ever seen on any other phone. That alone accounted for a huge uptick in usage. Also, the games were FAR better. Quake on the iPhone? 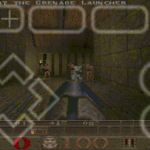 So fast forward to today and now a vast majority of everyone I know has a smart phone. iPhone being the most common with Android a close second. Just as when I first started using my iPhone, I find that I spend more time interacting with that device then I ever did with my treo or blackberry. The combination of pleasant web browsing, better email support, great apps, and instant video keep me engaged longer as it does other people.  Thus more heads looking down at screens on the train, heads bobbing to music with video, more games, more twitter and facebook.  Because of this, it seemed more quiet when I wait in line for things, the subway and the train are more quiet. On the plane, I like to work.  I used to pull out my laptop, plug in my headphone and thus I was guaranteed not to be bothered by someone who like to chat on flights.  Except that one time a cute girl was sitting next to me. That was ok. 🙂  Now when I fly, odds are they will be just as engaged with their devices as I am. And KIDS!  Please tell me ANY parent who is not grateful for this digital pacifier?

Is this a good thing or bad thing?  I dont know. On the one side we are more productive, (at least those who do work on these devices) informed, and entertained. (thus happy?)  On the bad side there are less chance encounters, less time ‘seeing’ what is around you. Less time in the real world because of time spent in the virtual world. Personally I’m happy with my new reality portal, mostly because I remember what it was like before, and try to remember to take breaks now and again. I also do not fear for the current generation that they have only known a world with a virtual portal always at their finder tips. I still see guys out playing ball, still see people interacting at parties, still see the occasional ‘chance’ conversation.  Although there are edge cases, I think people will learn balance once the ‘newness’ of this device wares off.

As humans we always seek interaction with other humans, having a device that demands our attention is a challenge, but one that will be balanced with the advantages that the device brings. And to tell the truth, I kinda like the quiet.