This week Layar, the mobile augmented reality platform, announced on their blog the launch of the Layer Player. The Layar Player is a unique piece of code that can be embedded directly within your own iPhone app. Yes, seems it only is available for iPhone apps. Nice thing is there are no licensing costs and the player has the same functionality as the Layar AR browser. 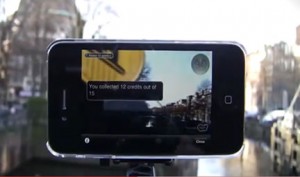 This Microsoft Bing sponsored app gives players the ability to collect extra credits by firing up the augmented reality Layar Player after playing the game to use for purchasing gear for the game avatar.

I expect with this new feature, we will see more mobile location based augmented reality being used in a variety of applications. Visit this part of the Layar site to learn more. Nice work Layar team!