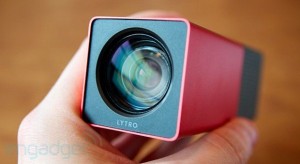 I remember when the Lytro infinite focus camera came out.  I was pretty excited and could not wait to get my hands on one. Then I got my hands on one.  Meh. First, a little background.  The Lytro camera will let you take a picture then let you change the focus AFTER the shot is taken.  I looked at some examples on the website and was pretty impressed.

Then I got one.

First off, as cool as it is to refocus a picture, it does not matter if the picture is not very good. I thought perhaps I was doing something wrong with the setting, but it did not matter, the camera simply does not take good pictures.  Second, I found the refocusing to be of almost no use.  Its very rare that I take a picture and think, oh damn, I really wanted to focus on THAT flower.   In fact, I would say 90% of the pictures I take, the subject is more then 6 feet away, this negating most of the depth of field benefit that you get from this technology.

Well its now on sale in the UK for £399.  I have a hard time imagining anyone is going to buy this.  However, it was pointed out to me that all three retailers in UK are known for middle – upper class department store buying.  This means they are most likely looking for the ‘someone-who-has-everything-and-most-likely-will-only-be-interested-for-a-day-but-were-rich-so-what-the-hell’ customer group.  The only interesting thing is there is a wifi chip built into the Lytro.  Did not know that.  Well with the more recent update, its turned on and you can now see your picture with the iphone companion app.  That’s nice.  Would have been better if they released that function out the box.

I do not expect this will get too many sales, it did not really fly in the US, so I have a hard time thinking its going to in the UK.