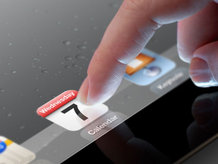 So whats new with the ipad 3, or ipad HD? Unless you have been under a rock, you know that ‘The New iPad’ launched yesterday.  There were no surprises this time, pretty much what the rumor mill said would be there, was there and nothing more.  So, should you upgrade to the new iPad, and I’m going to call it the iPad2.5 for now since Apple forgot to name this thing. 😉

Lets walk through the major changes in the iPad2.5 and see if you should upgrade or buy used or keep what you have.

4G LTE:  This in my option is bigger then the news on the high resolution screen and could make the difference for many users.  Most people use WiFi for their iPad’s media consumption.  But there are a few people who need to use their iPads’ out on the road.  I’m one of them actually as I commute on the train. However, I use my phone for internet, so I do not need a dedicated cell data connection.  So for that smaller population that has the money to pay for dedicated 4G (and are not getting dinged because of download limits) this would be worth it.  If what you do is bandwidth intensive, you will defiantly feel the difference between 3G and LTE.  It will feel like WIFI at home or the office.  For anyone else,  Meh.

High Resolution ‘Retina’ display with HD movie support;  This is a pretty easy to make a judgement call on.  If you are a serious gamer, GET IT!  Although not all games will take advantage of the retina display, enough are vector based and will reward you with amazing graphics right out of the box!  This will be especially useful for First person perspective games.  Even game with very simple graphics like Angry Birds will look much crisper.   Now, for those of you who love watching video and movies on the iPad, this is a win as well.  Although not enough to make me upgrade, imagine the difference you experienced when you see a program on you HD TV in 1080 version a broadcast in 480.  Yes, its like that.  But I cation you, only watch HD on WIFI or from the device directly, if you use 3G or 4G, you will go over your limit before the movie is over.  And if you are unlimited, get ready to feel the power of being throttled.

A5X ARM-based CPU: This will not matter much unless you are a hardcore gamer or plan on using you iPad as a laptop to edit images and/ or video.  The current A5 chip is fast enough to perform almost 95% of anything you are going to do on the iPad.  For most people, not a good enough reason to drop $$ when you can go used.

New iPad 5m Camera:  Again, not sure this is worth updating unless you have a very specific use case of taking pictures or movies with your iPad.  Typically people who keep their iPads on hand almost as much as their smart phones my like the idea of holding up a large iPad to take pictures will, and I promise you, will look silly.  So again, not enough reason to shell out $$.

New iPad apps, but no Siri: Some of us thought Siri would be part of this release, but alas, its not.  They did through on dictation, but Dragon already has that covered.  There were a few other little things here and there, and unless there was some new features and/or functions that one of these new apps really hits your need button, meh.

So in conclusion, unless you are a serious gamer, watch video’s (and care about HD video) or are a road warrior who lives and breathes on their iPads, I would save a few dollars and either hang on to the iPad you have, or explore buying the cheaper iPad2 or even a used iPad 1.  A really quick look on craigslist and I saw a few iPad 1s’ for $250.  But hey, if $$ is no object, then yea, go out and grab it.  I’ll hang on to my trusty iPad 1 a bit longer and wait an iPad version worthy of having its own name.