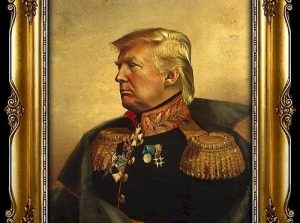 Strong Leaders can be good and bad. https://www.vdare.com

Well long time no type.  Once I started my recent gig I’ve been too busy to really write again.  And surprise, last week my site was hacked.  Sigh.. So spent the weekend cleaning everything up (still more to go).  However, I have been thinking about writing this post the last 3 days so here we go…

Trump won the election.  Done.  Complain how you like, but here we are.  I was pretty depressed about it, not about who won, but the process.  However after a few days I started to feel better because I realized, no one REALLY knows whats going to happen, could be bad, could be good! So two things I want to talk about, how did this happen, and why this is both good AND bad.

First, how did it happen.  I can explain it in one sentence.

Now the rest of the post will explain this line.

So lets step back to 2008.  Obama and Hillary and fighting it out for the Democratic ticket. The last 8 years have been pretty much a disaster and the Republicans are scared.  Obama has the charisma and message to galvanize the population and wins by large margins.

After his election, the Republic base split, some thought they needed to really look inward and see what needed to be improved, and a large VERY LOUD population went nuts.  Texas wanted to seceded (then again, they always want to do that) the tea party movement started and a segment of the population thought the apocalypse was about the happen and all good Christians would be put in jail by a Muslim president.  Kinda of like today but smaller numbers..

Two years later and the angry Republican wing won over the direction and message from the moderates and won back the house and senate.  Anger Works!!  In the midterm Democrats do not tend to vote as much, (remember they need to be in love to be in the voting booth).  No such issue for Republican.  They vote steady and vote every time.

As time goes on the economy recovers, we get out, get in and get out … and in some wars and some social issues are successfully pushed forward, but the big changes that was needed, a change in the system (like redistricting reform, electoral collage, campaign finance, etc..) never happen.  And the signature moment of Obamacare, gutted in congress and the courts in just a few years.

The country gets even more divided and more disillusioned 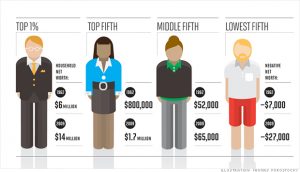 Fast forward to today.  Once the Republicans took control of Congress that was pretty much the end of Obama’s sweeping plans.  He could do things along the edges and presided over the recovery, but all the promises of change he made, were simply not going to happen.

Speaking of the recovery, he did turn it around but unfortunately, the wealth did not go to everyone, but instead the top 1%.  The country wanted change, but instead got a divided Congress that did nothing while the rich got richer and everyone else stayed that same.  (BTW, don’t give him too much credit, a president only has so much affect on the economy.)

Another key issue is the Black Lives Matter Movement.  Agree with it or not, it further strained already ‘us vs. them’ mentality in this country.  I really feel this is the tipping point for working class whites, they have told they are under attack and now they are seeing it on TV thus increasing the fear factor.

Now here is an important point.  The Republics were successful in shutting down Obama, but the price was being the angry party of ‘No’.  This not a recipe for long term success in leading the country, and many moderate republicans did not like the idea of sacrificing the country for party.  As such, the 2016 election would be the battle for the heart and soul of the Republican party…  And it was, but not like anyone thought it would be. 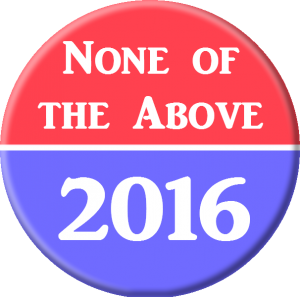 As the primaries raged the Republican front runners already had their establishment choice.  Jeb Bush.  The only problem is, no one in the public really wanted him.  This opened the door for plenty of alternative Republicans, more conservative, or more religious, or more angry, or more centrist, or even more tea party… oh and one other… the none of the above.  Donald Trump.

Donald Trump was the non-Republican Republican.  Many people thought he would of course lose because he is not playing the Republican game and whose character traits would simply be unacceptable.  But Trump had what everyone else lacked, he had charisma, good social media skills, and most importantly, was NOT an establishment candidate. The exact reasons the Republics thought he could not win the primary is exactly why he did.  Same for the election.

Remember, the Republicans has been winning on the ‘us vs them’ and anger/fear card for 6 years successfully.  Now here comes someone who fully understands what is going on with working class whites and knows how to talk to them.  As we saw, the other Republicans were crushed!  All efforts to have an ‘anyone but Trump’ movement was simply playing into his hands.

The Democrats and the none candidate 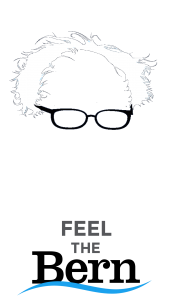 On the Democratic side, something similar was going on. The DNC decided Hillary would be the next president, without checking with the people. Bernie Sanders saw this and ran on the working class, anti-establishment message.  This message resounded with the country, but not the DNC.  They wanted their candidate just like the Republicans wanted theirs.  HOWEVER, the DNC has it set up that they have a much larger say in who they pick for the Democratic ticket, and by ignoring the LOUD voices of the people, they continued with Hillary.  So the Demo’s got who they wanted but the Republicans and a large portion of the people did not.

So comes the election and it was tight. Why?  People did not want Trump, but they did not want Hillary either.. Remember, Democrats fall in love, Republicans fall in line!  The turn out was smaller then expected and Trump won.

BTW, interesting side note on the polls.  Many of the polls did not have Trump win because many people would not admit they were voting for Trump.  Many people were ‘leaners’.  People who would lean in and say, “I’m thinking of Trump”, because they were embarrassed to say it.  That says so much right there.  Despite all the faults Trump has, and he has plenty, people STILL voted for him.  People want change and he is seen as the strong man to bring it, regardless if the change is good or not.

The Good, the Bad, and the Ugly. 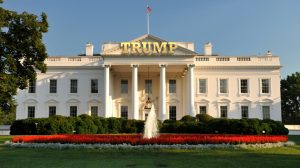 Remember I said that there would be bad and good with Trump.  Many of the protesters I see today seem like a larger more rowdy version of what I saw in 2008. Instead of protesting the election, why not try fixing the DNC? That is were you need to focus.  But anyway..

Remember what Trump said in 1988?  NOT TRUE.  Yea, that is a false meme.  Remember people, check up on your facts.  However, I did find THIS bit.

I fully believe that Trump won because of two reasons: the Republics have no message, just NO and anger.  The Democrats stopped listening to the people.  Sanders tried to alert them, but no avail.  So the people either did not vote, or voted for change, real change and if that meant risking someone like Trump, then so be it.

Trump looks good if the country does well.

Something important to remember, and the reason he got so many votes, Trump is not in it to be a politician; he is not a Republican (in the insider respect) and he is not an ideologue.  Trump has only one goal, and that is the betterment of Trump.  And that might not be so bad.

So here we have Trump as the president, he is not beholding to any Party, to any SuperPac, to any idealistic leader.  He only wants what will make him look good.  And what will make him look good is seeing the country left better then when he got it. The question is, what is ‘better’ in his mind.  Some policies will ‘not’ be better, but some actually will.  We already seen that he is not going to simply ‘trash’ Obamacare, although ‘publicly’ who knows.  He will take what he thinks could work and leave the rest.  He also does not need to ‘erase’ everything Obama has done.  Sure he said that on the trail, but again, he does not owe anybody so if he wants to change is mind, he will.  He also does not seem to feel bonded to what he has said in the past, even the recent past, so I would not take every word he said on the trail as Gospel. He will keep what he thinks make sense to reject and replace what does not.

No that does not say he will not be baited into making some serious mistakes, I fully expect will be baited into AT LEAST 1 really bad deal  and 1 armed conflict in the next 4 years.  I really hope I’m wrong here.  I also believe that if he follows through on his protectionist leaning and Brexit happens, we will have another recession.  Not sure if it will be as bad or as long, but I expect a slow down in the economy of some sort in the next year to year and a half.

Furthermore this is not a dictatorship.  He still has to get things through Congress…   Ah congress.  If any political body can be more rightly hated right now… I’m going to suggest something shocking right now….

I believe you will see President Trump actually work with the Democrats against the Republicans on some issues.  I believe this will be because he does not have a loyalty to ether party, and he will make whatever deals with whomever if he thinks it will make the country look better if for at least the next 4 years.  I also HOPE, REALLY HOPE the democrats have learned a lesson here and truly fight for the middle and working class.  Only time will tell.  As for the Republicans, they have a lot of soul searching to do.  Again.

So buckle your seat beats, the next 4 years will be like nothing you have ever seen.

BTW, I have been an (I) for most of my life.  I consider myself a financial conservative and social liberal. This is neither a nod for or against either candidate of 2016.   Just Random Thoughts.