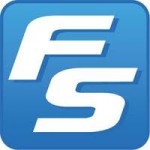 If you used the popular Torrent sharing site “FileSonic”, you may have noticed that the site has been down sense Wednesday.  This comes a few months after the site started to limit what its users could upload and download, reportedly after MegaUpload had been raided by the FBI for copyrighted material.  Eventually, completely disabling any uploading or downloading on the site. Now the entire site has been down.  Will it be back? And what about the users who had non-copyrighted uploads?  Well unfortunately for some users,  The site started deleting entire profiles of users and uploads starting back in January.  And according to news.cnet.com  “Representatives for FileSonic were contacted but did not reply”  This only leaves me one question to ask… How in the hell is this the only torrent site to be next’d? There is a very popular torrent site that comes to mind that is down every other day it seems. But somehow they always pop back up.  Maybe there next. who knows?