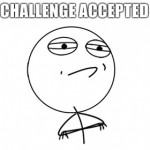 I have no proof of this but it should work…   You can go to the Verizon store right now and by a cheap clam shell phone for $30 that has $10 of service on it.  Now why would I do that?

In general Verizon is considered to have the best coverage of all the networks and when I last had Verizon in 2006; that seemed to be the case here in the Bay Area. The main reason I’m leaving AT&T is because of dropped calls; but what if I get a Verizon phone only to discover that the coverage is no better then what I had with AT&T?  So I bought a cheap clam phone for $30 and I’m been taking it to the places where I normally lose connection on my iphone. So far so good, but there are more places I still need to check.  But the win here (might be) that since I’m an Verizon customer, I should be able to preorder my iphone 4 a week early.  A week is not a big deal, and in fact, I normally like to let other people buy the first units and test it out for me; so I may not preorder after all; but YOU might.

Now what do I do with this phone once I get the iphone 4?  Well you can keep it as a spare or try to sell it for $15 or so.  Either way its a cheap way to test out the next work and get in line early to order the iphone 4.  Who knows?  They could run out!  😉