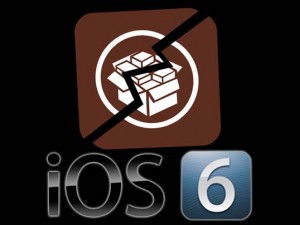 Wait, what?  They have a working jailbreak for iOS6 and I cannot get it?  Why?  Well because the cat and mouse game with Apple had entered its next dimension.  Consider that we have gone from checkers to chess.

David Wang wrote on r/jailbreak that they already have an exploit but do not want to release it for a number of reasons including..

1. releasing it would burn an exploit we want to save for ourselves so we can always get in to look at new firmware and help JB in the future,

2. iOS 6.1 is coming very soon and will likely break a small part of it anyway, there’s no point in sacrificing the many bugs it won’t break.

Point 1 is the most important one to pay attention to here.  Basically its becoming more and more difficult to bypass Apple iOS security that they need to leave known bugs open in order to look at future releases.  You can imagine that the jailbreak community will not have to question what bugs they should and should not expose as they release a jailbreak patch. Making things more complicated is the fact that Apple is upping its release cycle. This means that each exploit has a shorter shelf life.  Add to that Apples history of ‘encouraging’ users to always update to the latest OS and you have a tricky problem on your hands.

Do not think its over though. I expect the jailbreak community will keep breaking long into the future. What I would expect to see is jailbreak exploits only be released after Major releases unless the exploit is a minor tweak after a minor update.

A bigger question though is the value of jailbreaking.  I still have my phone jailbroken, but I find I’m using fewer and fewer jailbroken apps.  I still release on voice command (I do not have Siri and even so, Siri STILL does not support opening any app through voice) and tethering. But then again, I NEVER update my iOS unless I have to.  Of course, I’m still using the iphone 4, so not sure I’m part of the majority.  In fact, over 90% of all iphones are running iOS5+ and over 60% are running iOS6+.

Crazy as this sounds, this may be my last iphone.  I may try Android again just to see how green the grass is on the other side.