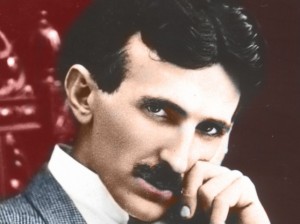 I do not claim to be an expert on Nikola Tesla, but before the History Channel really stated to suck (at least a year ago when I finally gave up on them) I watched a special on Tesla … 4 times.  Amazing!  Seems he has other fans out there as well including Matt Inman, creator of The Oatmeal.  It’s great.  Read it!

Well, aside from a pretty well done comic on how great Tesla was, and how much a douche Edison was, (and yes I figured that out on my own as well from, yes, the history channel when it was good), Matt has started an effort to save Wardenclyff Tower and create a Tesla Science Center.  From the lovely O’Dell at VentureBeat

Ergo, as Inman revealed exclusively to Forbes reporter Greg Voakes today, he will be rallying his Internet army to save Wardenclyffe Tower, Tesla’s incomplete masterpiece intended for trans-Atlantic wireless transmission.

Inman is now using IndieGoGo to raise the funds to buy and save the iconic and historic site. The state of New York has announced it will match donations up to $850,000, and the Tesla Science Center will take the project over and use the site to create a museum honoring Tesla’s vast body of work.

As of this writing, the fundraiser has gathered $40,000 toward the purchase of the land. In Inman’s words, “Let’s build a goddamn museum.“

keep in mind I’m no expert, but most of what Matt did in his comic jibs with my memory till towards the end, when it might have taken a bit of liberal interpretation, but even so.. The man was amazing!  So come on people!!  Lets move on this!  I’m looking at YOU GE and Tesla motors.  You know why.