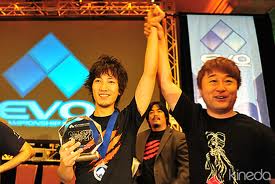 According to this article by Digital Trends, Capcom USA, publisher of franchises such as Resident Evil, Ookami, and Street Fighter, has confirmed (albeit in a roundabout manner) that they support SOPA. Capcom is a member of the Entertainment Software Association which has openly expressed its support of the bill and “appears on the House Judiciary Committee’s official list of SOPA supporters”, according to the site. When asked by Digital Trends as to their personal stance on the act, Capcom replied “The ESA represents us on these matters.”

Now, technology in video games, especially console-based games that Capcom specializes in, is to the point where piracy is extremely difficult. XBox Live can detect if you are using a pirated game or not when you sign on their network. The Playstation 3 has layers upon layers of security (at least for copyright infringement), region protection, and modding. So for the average gamer, Capcom supporting SOPA should not mean a whole lot in their day to day console gaming. If you buy and play Capcom games, not a lot will change.

What makes this news a a major hit against me and what I enjoy doing with video games, especially Capcom games, is the impact against E-sports. As it stands right now, competitive gaming relies heavily on its community. Most Starcraft 2 tournaments, even the big ones such as Major League Gaming will use Starcraft 2 commentators Tasteless, Artosis, Day9, and DJ Wheat for their official casts of top matches. Fighting games, which Capcom is currently the number one publisher in America for with Street Fighter and Marvel vs. Capcom 3, rely much more heavily on its community. The tournament scene has grown tremendously in the past few years since the release of Street Fighter 4, but it is no where near the levels of Starcraft 2. Thus, most professional tournament organizers such as Level-Up Series, Canada Cup Gaming, and iPlayWinner, rely on their streams to produce revenue. These streams are free to view to anyone with internet, and use ads and commercials to make a profit for the casters. They also provide replays of tournaments and even just casual matches of these games as Videos on Demand through sites such as YouTube, a vocal opponent of SOPA.

What does this ultimately mean for E-Sports? It means that anyone, professional or not, trying to stream or record these tournament matches (or even just their friends playing at their house), can be hit by Capcom if they were to upload them on the internet, regardless of if they are making a profit or not. Streams can be shut down, VoD’s can be removed, the whole nine yards. If this becomes a reality, gamers across the world will witness the fall of professional gaming. Without being able to show the public top players performing on these games at a high level, interest in these events will simply vanish. Sponsorships will then pull out of supporting both events and players, and professional gaming will go back into the stone age of small, local tournaments at local arcades for prizes coming out of the player’s own pockets.

Now, this is just the extreme side of things. SOPA does not guarantee that any of this will happen, but only that it can happen. While right now there is a bit of a gray area in terms of uploading and streaming these games, Capcom could still be asking people to pull down content today, even without SOPA. However, the only incidents of these happening in recent memory are of people getting pre-released copies of games and uploading footage before the general public can even get their hands on a copy. For the most part, Capcom has supported the Fighting Game Community and both local and international tournaments. While SOPA will give them full power to shut all of this down, it is ultimately up to them whether to pull the trigger or not, and just being part of the ESA doesn’t mean they will go gung-ho with this new bill and turn their backs on their biggest fans.

Still, this isn’t only about Capcom. Namco-Bandai and Nintendo are also part of the ESA, and many tournaments involve Tekken, Soul Calibur, and the Smash Brothers series. There are also many publishers outside of the ESA who can potentially bring down the hammer on fans who legally purchase their games and simply want to show off their latest speed run or high score.  It is also doubtful big companies will come after the individual user or the small communities, but if they hit YouTube, twitch.tv, and other sites, the communities go down with them.  And with all the money being poured into E-Sports from the gaming community, SOPA could completely negate millions of dollars and decades of hard work in an instant.

*UPDATE*
Major League Gaming has announced they are firmly against SOPA, and have removed their entire network from GoDaddy.com in response to their support of SOPA.  The announcement can be seen at http://www.majorleaguegaming.com/news/mlg-moves-all-domains-off-godaddy-com/